When you dont understand why BTC is growing, just call it Bubble - Another Analyst is at it again ! 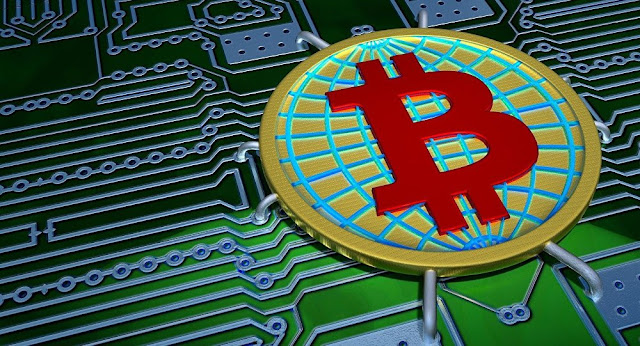 For the first time ever, bitcoin, a popular globally recognized form of cryptocurrency, shot past the $8,000 value mark and has shaken financial experts to their core. Some experts have even speculated bitcoin may soon be trading at the hefty price of $10,000 per bitcoin before 2018 arrives.

Speaking to Sputnik Radio's Loud & Clear with Brian Becker and John Kiriakou, Daniel Sankey, a financial policy analyst, weighed in on the matter and discussed the future of Bitcoin.

"Bitcoin is a little bit like the internet in that it's a decentralized network that anyone can access and get out onto," Sankey explains. "It is used right now to hold bitcoin, which are units of value, and allow people to transfer that value between one another globally… so anyone with an internet connection can send or receive bitcoin."

Considering how new to the game of traditional currency bitcoin is, Sankey says the sudden appeal has a lot to do with the 2008 bailout crisis "where people witnessed banks getting extremely preferential treatment by their governments."

The bailout Sankey refers to is the Troubled Asset Relief Program (TARP), which led to the US government giving upwards of $700 billion to banks such as Citigroup, JPMorgan Chase and Goldman Sachs to handle the mortgage crisis they had created through risky trading practices and predatory lending.

Money is traditionally defined as coins and banknotes; could bitcoin, even though it's virtual, be considered money, Becker asked Sankey.

"That depends on who you talk to about the definition of money as being a state authorized, state controlled commodity or substance," Sankey says. "It doesn't meet that criteria, however, many people are using it as money in the same way we might use gold as money to exchange for different things."

And yet, despite the cryptocurrency's rise to fame, the analyst says even if bitcoin were to somehow completely wipe out, the technology and idea behind it wouldn't simply disappear.

Doubling down on his belief that bitcoin has staying power, Sankey says that even if it turned out to be a "temporary bubble" in the long run it will come back up again.

"People certainly are betting on [bitcoin growing more valuable] and they think this is the big one and there's a lot of people who feel that way," Sankey added.
Posted by Blockchain Assets at 17:51