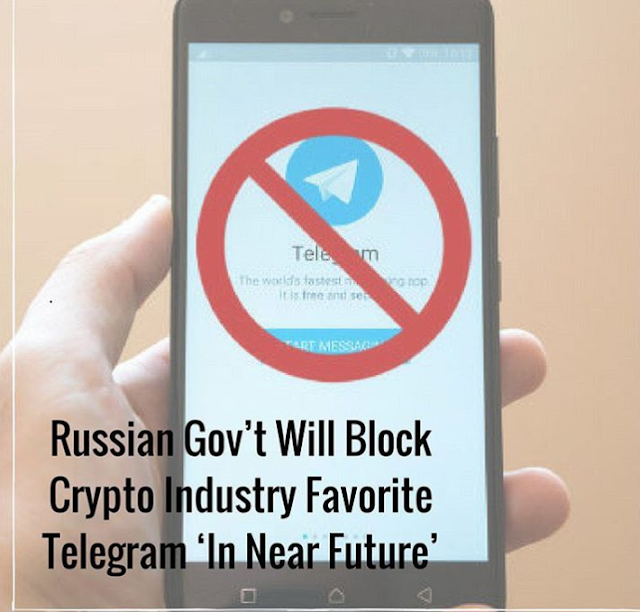 Russian authorities have demanded ISPs ban the crypto industry’s go-to encrypted messenger service Telegram on Friday, April 13, just weeks after the project raised $1.7 bln in its ICO presale to support the development of its own Blockchain platform. As various local news outlets report, the decision by the Tagansky District Court in Moscow means that the Kremlin’s internet monitoring organization Roskomnadzor will now force domestic ISPs to block access to Telegram “in the near future.”


“We’re talking about days, maybe hours, maybe minutes,” Roskomnadzor director Aleksander Glazov told TASS. Following the brief court session, Telegram CEO Pavel Durov released fighting words on his personal channel and across social media, writing that freedom was “not for sale”, continuing: “At Telegram, we have the luxury of not caring about revenue streams or ad sales. Privacy is not for sale, and human rights should not be compromised out of fear or greed.” On Instagram, a photo of Durov appeared riding a horse through the desert along with the description, “To be truly free, you should be ready to risk everything for freedom.” Durov had prevented Telegram’s own lawyers from attending the hearing, due to it being in his words a “farce.”

At the end of March 2018, Telegram announced a record 200 mln active users for the preceding month. Around 10 mln of Telegram’s users are in Russia and thus will be affected by the ban. Despite the large user base, the messenger service has faced a number of difficulties since it announced and launched the first phases of its ICO.

Two quiet presales generating a rumored $1.7 bln have received such publicity that a host of organized scam operations have since successfully conned unsuspecting users out of digital currency funds, despite Telegram’s public ICO not yet being live. In Russia meanwhile, multiple media outlets have published options for users to circumvent the block, something which is reportedly easy to do through the use of VPN services. Certain implementations of Telegram, such as the mobile app, are more difficult to cut off than others.

Posted by Blockchain Assets at 11:40