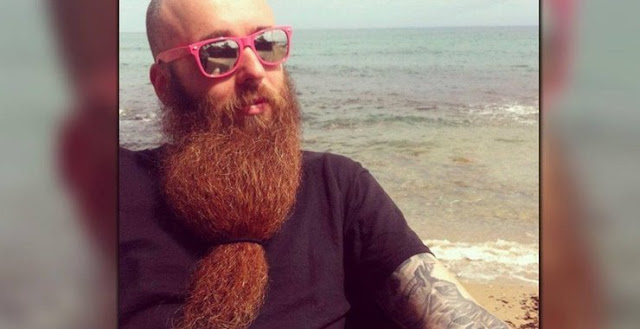 French national Gal Vallerius, 36, has recently pleaded guilty to various charges related to drug sales on the dark web in the US after authorities managed to track him down through his bitcoin transactions. He was a well-known vendor on Dream Market, where he went by OxyMonster.

According to Bleeping Computer, Vallerius was arrested in September at the Atlanta airport while traveling to attend the World Beard and Mustache Championship that was being held in Austin, Texas.
What gave the dark web market vendor away was a “tip jar” he set up on Dream Market, which unlike those of other vendors wasn’t configured to go through the platform’s payment systems, which mixed bitcoin transactions to anonymize them. Instead, the tip jar was set to receive funds in a BTC address he owned.
A criminal complaint filed last year reads:

This gave authorities a clue of who OxyMonster really was. After analyzing his Twitter and Instagram posts, they found that Vallerius’ writing style was similar to that of OxyMonster, with similarities including the use of the word “cheers,” and of double exclamation marks.
Last fall, while traveling to the US, Vallerius was subjected to a search in the airport, which saw his laptop get seized by authorities. This seizure confirmed that Vallerius was OxyMonster, as the laptop had incriminating evidence.
Said evidence reportedly included a PGP encryption key OxyMonster used to sign messages online, Dream Market login credentials, and bitcoin wallets associated with OxyMonster. The criminal complaint identified OxyMonster as a cocaine, fentanyl, oxycodone, and LSD vendor.
Drug Vendor Pleads Guilty
Reportedly, Vallerius spent nine months attempting to avoid a life sentence in the US. To do so, he signed a guilty plea where he admitted to selling Oxycodone and Ritalin on the Dream Market, under the name OxyMonster.
Notably, OxyMonster also served as an administrator and super moderator at Dream Market. The French national plead guilty to conspiracy to launder money and conspiracy to possess with the intent to distribute controlled substances. He was sentenced to 20 years in prison.
Posted by Blockchain Assets at 06:07