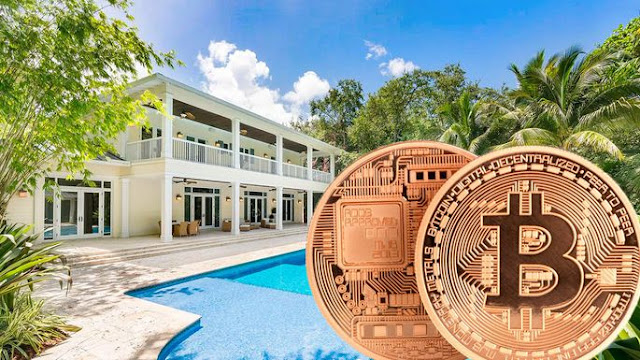 In my opinion, yes, absolutely, Bitcoin will eventually hit $100,000 US dollars per coin.

But my prediction isn’t really about Bitcoin.

My prediction is about the dollar.

In some sense, your question can be restated like this: “Will the Federal Reserve keep printing dollars?” And the answer is “yes, absolutely.” 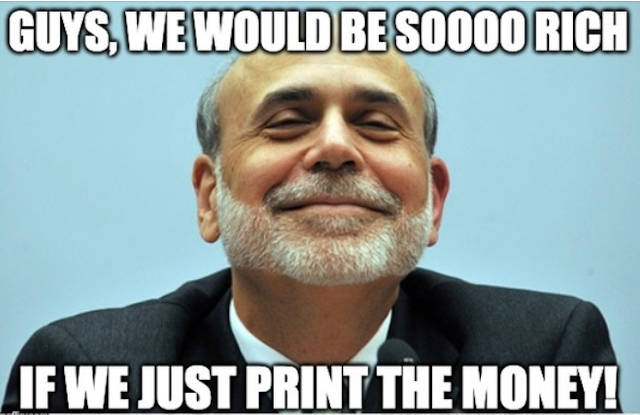 For some bizarre reason, the central bankers of the world think that “printing” currency will somehow boost the economy. In reality, it just steals wealth from the poor and transfers it to the rich (but that’s a discussion for another post). Look at the incredible, exponential growth in “money” printing during the last few years of “Quantitative Easing”:

In a healthy economy, prices should actually go down over time, because people and companies find cheaper and more efficient ways of delivering the same (or better) products, and they offer lower prices to their customers. Consider one of the most iconic examples of a low-cost, competitive producer in America: McDonald’s.Regardless of your personal view of the company and its products, McDonald’s has been the most successful restaurant in the history of America (and the entire world).

But despite their best efforts to provide billions of affordable hamburgers to everyone, even they have been forced to raise their prices to match the number of dollars printed by the Federal Reserve.The red line in the chart below is the same as the red line in the chart above, but we’re only looking at the last 20 years; the line looks linear, but it’s exponential: 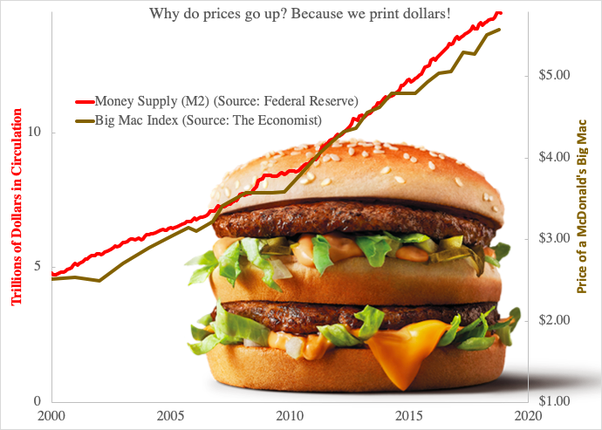 Bitcoin’s price (in dollars) will continue to rise exponentially as the number of dollars in circulation rises exponentially.
But notice that Bitcoin is not a “consumable” asset, like a hamburger.
Bitcoin is a “safe haven” asset, like gold,* and the price movement of a safe haven asset is different than the price movement of a consumable good like hamburgers. Safe haven assets have slow, gradual, downward price movements (when economic times are “good”), followed by massive, upward, rocket-ship revaluations higher (when economic times are “bad”); these massive upward price movements (during a crisis) account for the number of dollars that have been printed.
*To see that Bitcoin and Gold have the same type of price movement (i.e. a safe-haven price movement), read this post.
Key points:

For a discussion of price vs. value, and how we should really measure Bitcoin, read this post: If Bitcoin is meant to replace centralized Fiat currency, what should its value be described in other than US dollars?
Hope that helps,

Posted by Blockchain Assets at 00:33