Binance has no offices in China; Your Funds are Safe if I Go Missing, CEO Assures 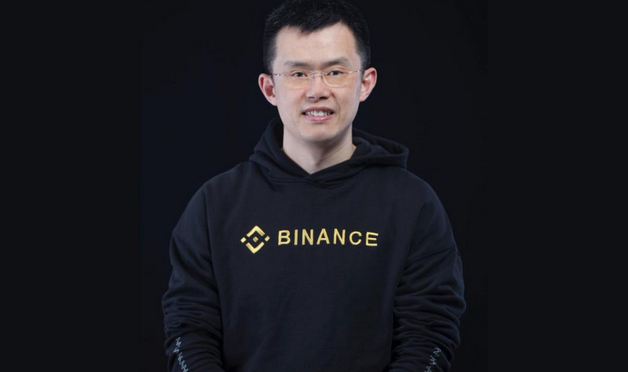 Zhao reaffirmed that Binance has no offices in China. Since the September 2017 ban on cryptocurrency exchanges in China, after which Binance left the country in October 2017, Binance does not maintain a single office at all. Both Binance’s employees and himself only travelled to China for business meetings and conferences.


When CZ was asked directly about the reported “raids” of Binance offices in China, he explained:

we do not have legal entities in China. It is not technically possible for Binance to rent a office. So we don’t have an office. We even made a couple of investments in China. So we have portfolio companies that have people in China. We most recently invested in a company in China that is also operating out of Beijing. So they have offices in China. But they really have no relationship with the exchange Binance.
The office which made the news is used by an outsourced customer service office, it’s not a Binance office. There was no police raid – that was bad irresponsible journalism

With the look of things and the latest development, no one knows who to trust, but the CEO of Binance exchange known as CZ recently claimed he will continue to stand out among his contemporaries, going by his latest responses on Twitter.
This came up after a Twitter user shared the news of the runaway IDAX Global CEO and what the innocent customers stand to lose, which called for CZ’s instant response. “Use only reputable exchanges”, CZ urged. 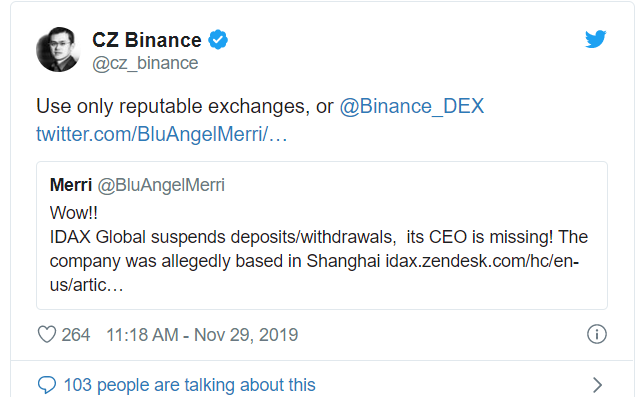 CZ's response got the replies of two other crypto enthusiasts. The first user charged CZ not go missing just like the trending IDAX Global CEO, while one other supposed Binance user said, “If CZ goes missing, so of us are certain to get dumped by our wives!”Howbeit, CZ of Binance didn't ignore their direct charges. He assured that their funds are safe with the Binance exchange even when he suddenly goes missing. But I believe the most effective is to not go missing, as he later reiterated in his tweet to calm them down. 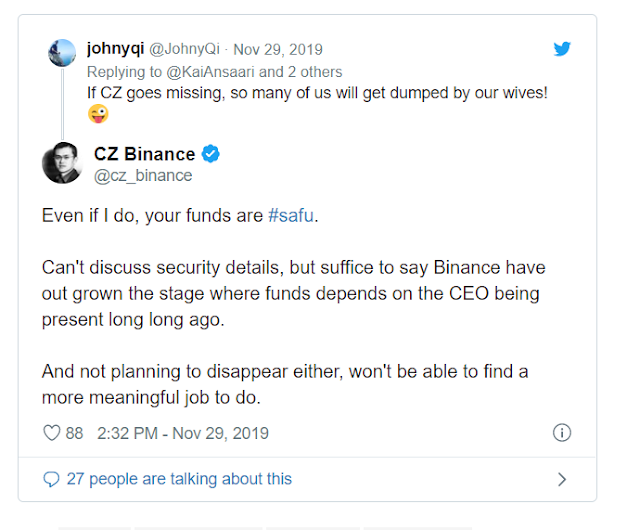 Zhao’s perspective on the digital yuan

When asked about the introduction of the digital yuan, CZ said that the reports in the media were also not entirely correct. In his view, the Chinese government is aiming for a digital currency that can be used for online payments. But it probably won’t be a currency like Bitcoin that can be used for anything. He also added that there is not yet enough information to judge how the digital yuan can be used.
Follow us on Facebook and Twitter and don’t miss any hot news anymore!
Posted by Blockchain Assets at 02:57