Boycotting the state: 6 of the world’s largest banks have teamed up to create a new form of digital currency. 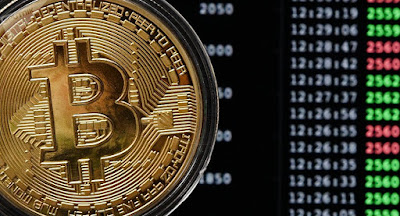 The institutions, including Barclays and Credit Suisse, will be working on the so-called “utility settlement coin,” created by the Swiss banking giant UBS to make financial markets more efficient.
The new cryptocurrency will aim to enable the clearing and settling of global financial transactions over blockchain technology.


“The concept of cryptocurrency is not necessarily meant to exclude banks; it is a system allowing trustless transactions between partners,” Vin Armani, an expert on cryptocurrencies, tech entrepreneur and show host, told Radio Sputnik.

“In the current financial situation when we need trust we, for the most part, rely on banks to provide that third-party trusted intermediary,” he added.

When asked to explain the banks’ interest in blockchain and digital currency now of all times, he said that without banks as a trusted centralized intermediary, it would be harder for governments to seize the assets of someone who they see as a criminal, or someone who has cheated on his taxes.
The same goes for sovereign holders of bank accounts.


“As a result, it becomes very hard to freeze a bank account due to sanctions where there is no bank involved in the transaction. That’s why governments seek a cryptocurrency that doesn’t take as much power away from them. That’s why the banks are trying to create a single cryptocurrency that would put them in the same position of trusted authority. I don’t think this is going to end up working in the long run, but they have to give it a try,” Vin Armani continued.

When asked how this new system differs from existing cryptocurrencies such as bitcoin, he said that while bitcoin provides a trustless engine for millions and billions of people, this particular system involves just about a dozen parties.
“All these parties have a high level of trust between them. They are just putting a settlement layer over the existing system that is working very well,| Armani noted.

He added that bitcoin is going to be a revolution, something everyone uses as a day-to-day currency.
Several countries now want to start mining bitcoins on an industrial level. He said that this makes a lot of sense.
“This is certainly electricity, the main resource required for mining bitcoins, and states are able to have highly discounted electricity,” Vin Armani said.
“We may see an arms race between states, but just how it affects day-to-day users it’s quite minimal,” he concluded.
The banks hope to launch the new cryptocurrency as early as next year.

Posted by Blockchain Assets at 17:05