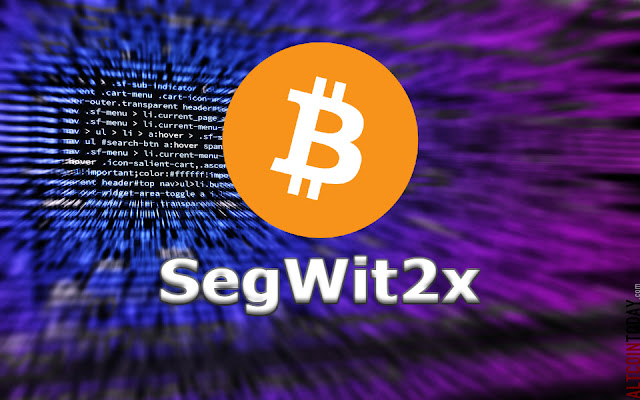 The new SegWit2x, a revival of the original hard fork designed to help with the scalability issues of Bitcoin, was scheduled to happen at Bitcoin block number 501451. That block was mined at around 6PM UTC, Dec. 28, and the team behind the project announced its official launch:

The SegWit2x movement has originally started in May 2017, as a direct result of the New York Agreement (NYA). The idea behind the agreement, originally signed by more than 50 leading Bitcoin companies, was to achieve a compromise on how to scale Bitcoin for a larger audience.
One of the sides, the “small blockers,” wanted to implement the second-layer solution called SegWit, which did indeed take place on Aug. 24, 2017. That was the first part of the compromise. The other part of the deal was designed to appease the “big blockers” by increasing Bitcoin’s block size limit to 2 megabytes. However, this was never followed through with, directly violating the agreement.

The fork was slated to happen on Nov. 16. However, as the developers unveiled the actual code for the hard fork, a vastly negative reaction from the Bitcoin community immediately followed. The lack of replay protection, along with general concerns about the safety of a possible hard fork, gave rise to an entire movement against SegWit2x, aptly called #no2x.

After several weeks of controversy, the fork was cancelled on Nov. 8, about a week before its scheduled arrival. The team tasked with creating the code for SegWit2x shelved the plan due to a lack of consensus.

The cancellation, apparently, only lasted so long, as the fork was seemingly revived in late December by a different group of developers. A website has been set up, stating  the mission, the roadmap and the team behind the new fork that was set to take place on Bitcoin block 501451.

Reports began surfacing over the past several days that focused on several inconsistencies on the project’s home page.
First and foremost, the team behind the new fork has nothing to do with the people behind the original New York Agreement and the SegWit2x that was cancelled in November. They have even admitted it themselves in a chat with the Finance Magnates news site.
There is very little information available online about the team members listed on the official website. For example, the project’s supposed founder, Jaap Terlouw, only has a half-empty LinkedIn profile. There he claims that he is the ‘main developer’ of the new SegWit2x, with no other sources to corroborate his status as a ‘developer.’

Moreover, the project’s GitHub account is just 9 days old as of press time, which makes it even younger than some of the earlier announcements of the upcoming fork in the press.
Adding to the list of concerns, the code stored in that GitHub account indicates that the team members were planning to assign themselves 6 mln premined coins, a whopping 28% of the total supply of 21 mln:


Posted by Blockchain Assets at 17:36