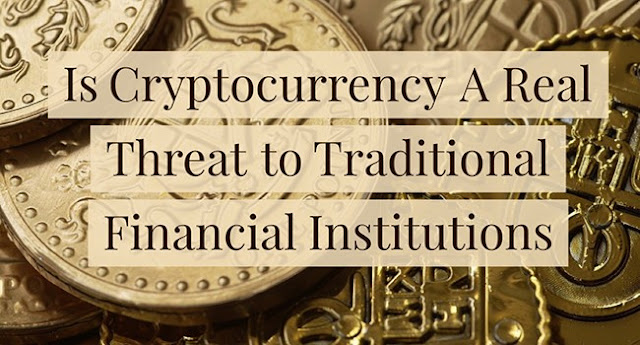 Digital currency’s total market capitalization is around $500 bln and the total funds raised through ICOs now exceeds $3 bln. However, the Bubble Generation isn’t accepted by traditional banks (even by neobanks). Various banks around the world are not happy about people buying Bitcoin. We have seen multiple banks close customer accounts because of this activity.


South Korea banned its traditional banks from dealing in virtual currencies. The hyper-wired country has emerged as a hotbed for cryptocurrency trading, accounting for some 20 percent of global Bitcoin transactions. That’s about 10 times its share of the world economy. Roughly one mln South Koreans are estimated to own Bitcoins. South Korea’s government also will ban minors and foreigners from trading in virtual currency or creating bank accounts for them in the country.

Banks have "little or no appetite" to get involved with Bitcoin and cryptocurrencies due to fears of a bubble and illicit activity associated with it, the chief executive of Credit Suisse said. The chief financial officer of ING also weighed in on cryptocurrency worries, saying that although digital assets are an effective means of exchange, the bank was not advising clients to in invest in them. TD Bank is actually trying to block Bitcoin purchases as well, although the company is mainly performing routine checks by the looks of things.

The PNC bank recently threatened one of their customers for purchasing Bitcoin. Barclays closed down a student’s account after his dealings in Bitcoin. British banks are shunning companies that handle cryptocurrencies, forcing many to open accounts in Gibraltar, Poland and Bulgaria. Anson Zeall, the head of Singapore’s Cryptocurrency and Blockchain Industry Association or Access, said his organization had heard from 10 companies which had encountered problems with their banking relationships in Singapore. Chia Hock Lai, president of the Singapore Fintech Association, said some of his organization’s members also experienced account closures.

A few months ago, Visa announced it would suspend all crypto debit cards outside of the European Economic Area. It now turns out Mastercard will be doing the exact same thing. Josh Brown, the chief executive officer of Ritholtz Wealth Management, bought some crypto. Still, Brown, who helps manage half a billion dollars, isn’t really a convert quite yet.

Let's call things by their own names - traditional banks hate crypto. But this hatred is stemming from the lack of understanding, fear of uncertainty and laziness rather than anger. Why are banks not willing to understand your issues? First, they already have a large and understandable business and they are not interested in a new and small one. Second, imagine a specialist in compliance. He/she is 40/50 years old, not highly paid, without any career perspectives.

Their mindset is built on the past (instead of the future) and their decisions are conditioned on avoiding bad things instead of growing new ones. They see a lot of transactions daily and finally they see some odd transaction after the conversion of crypto, and … they block it. Why? Not because they are bad people. Simply because they don’t know anything about Blockchain, cryptocurrencies and ICOs. In their world, "everything that is odd is forbidden” and if they make a mistake, they will be fired. Therefore, they send a page or two of dreary questions, and then simply block the account.

Why can’t the existing 25 crypto-friendly cards and newborn eight ICO-backed crypto-friendly neobanks can’t solve this problem? Since these are half-hearted solutions (it's like gluing more and more plasters on the arm affected by gangrene). You depend on your partner bank. And if you reach some large amounts within its cash flows (in fact the business strategy of such partner banks that agree to such an additional risk is to "drown" your transactions in their core business so that they are not noticed, and receive additional income for the risk), the risks that this bank will be approached by senior bankers (regulators and correspondent banks) and asked to stop working with you are not eliminated but simply deferred to a later date. It is the reason why I am looking for a bank in the US to buy – to be focused only on this type of startup and this type of “source of funds.”